Stocks continued their surge higher last week. The S&P 500 rose another 2.2 percent, making it four straight weeks of gains and a 7.5 percent return to start the year. Giving a big boost to multinationals was the ongoing weakness in the dollar. The DXY index fell 1.7 percent last week in a move that was exacerbated by comments from Treasury Secretary Mnuchin at the World Economic Forum in Davos suggesting a weak dollar policy from the administration in Washington. Despite subsequent pushback from the President, the dollar index finished the week at its lowest level in three years. For the year, the DXY is down 3.4 percent, after a 10 percent decline last year.

MINNEAPOLIS – January 24, 2018 – The Board of Directors of Ameriprise Financial, Inc. (NYSE: AMP) has declared a quarterly cash dividend of $0.83 per common share payable on February 28, 2018 to shareholders of record at the close of business on February 16, 2018.

The federal government ran out of money Friday night after the Senate failed to agree to a funding proposal to keep it operating. After having already approved four short-term funding agreements this fiscal year, a fifth proved to be insurmountable. As the deadline approached on Friday, investors were unfazed, and the S&P 500 rose steadily into the close to post a 0.4 percent gain on the day.

Bond yields took another step higher last week, as foreign central banks hinted at a shift in policy. The yield on the ten-year U.S. Treasury note rose seven basis points to 2.55 percent, its highest weekly close since last March. At one point on Wednesday it briefly hit 2.60 percent. The two-year note edged higher by four basis points to 2.0 percent for the first time in almost ten-years. Most of the move higher came on Tuesday after the Bank of Japan (BOJ) indicated it had reduced the amount of long-dated bonds it had purchased as part of its monetary stimulus program.

What a way to start the new year! After meandering sideways for a couple of weeks at the close of 2017, as investors digested the impact of tax reform and in the face of year-end repositioning, stocks came roaring out of the gate in the first week of trading in the new year. The S&P 500 rose 2.6 percent in the holiday- shortened week, its best performance in over a year. The results were clearly a vote of confidence in the economy, as no fewer than five sectors gained more than 3 percent, led by energy, materials and technology, but also including consumer discretionary and healthcare. The laggards were utilities and REITs, both falling more than 2 percent.

Ameriprise Financial kicks off the new year by today unveiling new advertisements showcasing the benefits of being financially prepared for expected and unexpected life events. The new ads build upon the success of the firm’s Be Brilliant® brand platform, which Ameriprise introduced in 2015. Complementing the firm’s strong reputation of putting client needs first and placing the advisor at the center of the client experience, the creative continues to emphasize the message: “With the right financial advisor, life can be brilliant.” 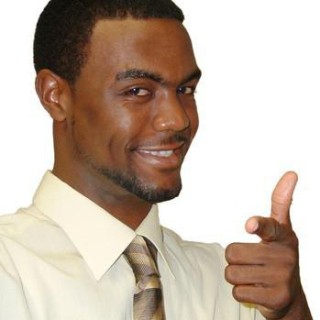